Mike Marshall was so kind to write the CD liner notes for our latest CD. 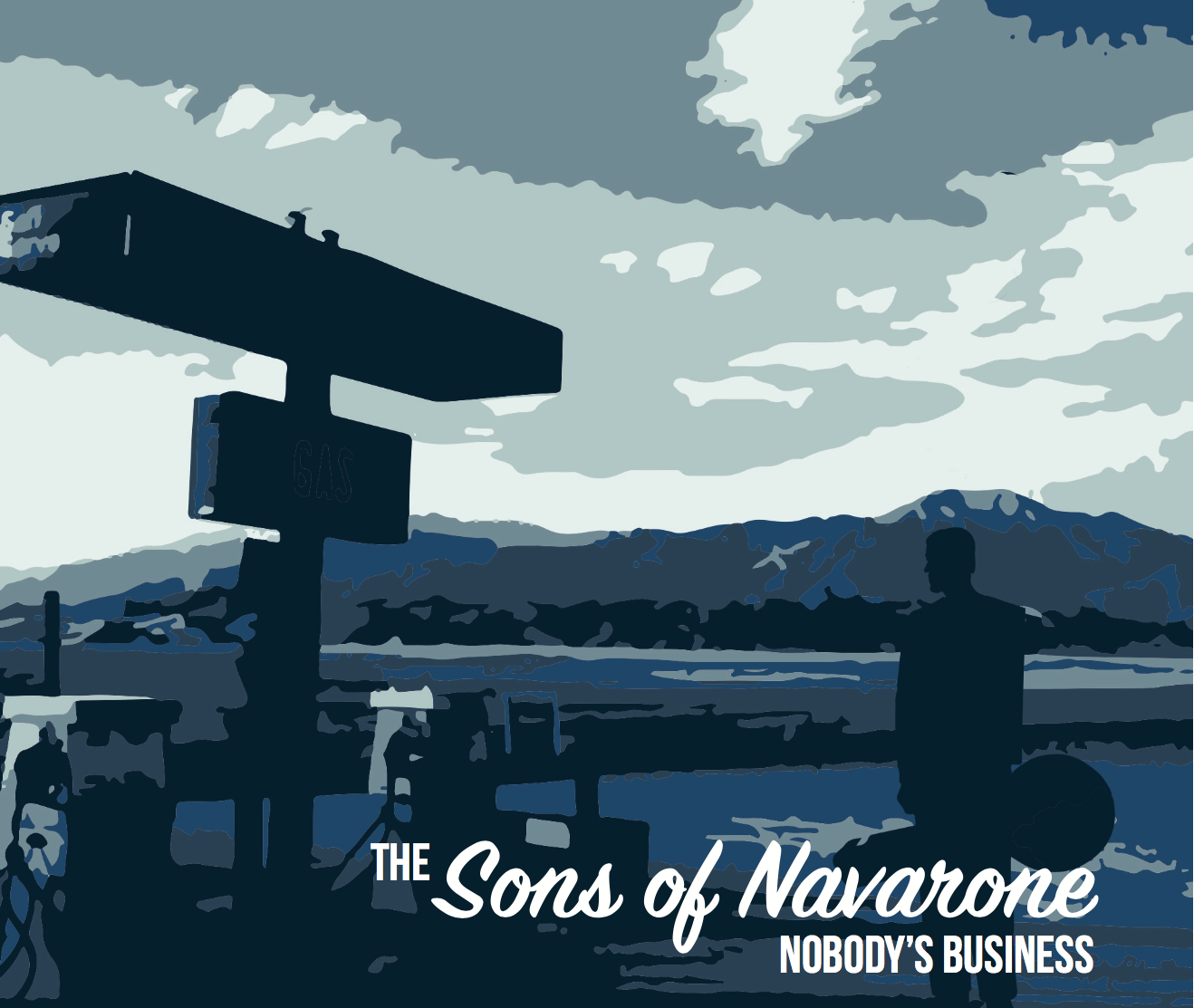 The Sons of Navarone speak to one of my personal beliefs about music making. That this truly is a Universal Art Form and it can shine just as brightly outside of its place of origin as it can from the music’s birthplace. Both natives and non-natives can be as important to the continuation of a musical style and can have a contributing voice within the tradition and to the future of the music. Sons of Navarone are one of the many proofs of that.

Hailing from Belgium (with one member from nearby Netherlands). They are continuing the great tradition of the American Bluegrass string band but doing it very far from the hills of the Southeastern States in the U.S.A. (Kentucky, North Carolina and Tennessee) where the music was originally created.

From the opening track Blue Train we are hit by the clarity that these guys are ‘not messing around’. They are ‘getting down to business and they have done their homework. Tight arrangements, great singing, solid and swinging grooves and inventive and stylized soloing combine to keep us hanging on the edge while easing us back so we can enjoy the ride too.

Paul Van Vlodrop banjo work is particularly attention grabbing. His sweet back up lines pop out and pay homage to J.D. and Earl (Crowe and Scruggs) while never robbing him of his own identity and liveliness within the band’s drive. His sense of dynamics is tasty and inviting and his solos ROCK!

Thierry and Guido lock down the groove with a popping mandolin chop and solid as a rock bass. (Nice!) Of course, the double mandolin medley caught my ear and is a particular treat.
I only wish I could have been there to contribute a third voice. What can be better than two mandolins? ….THREE mandolins!

The guitar solos of Yes Aerts take us on a drive by Bryan Sutton and Tony Rice’s inspirations, but they also remind us that this music belongs to whoever is performing it at that moment. These are his intensely clean and inventive guitar breaks. These are his massively driven G runs that dot the I’s and cross the T’s at the end of every turn-around.  We musicians can never abandon our musical heroes no matter how we try to expand on what they have left behind. Lord knows, I have not. And the same is true for these musicians. It’s what keeps the music moving forward while never loosing sight of where it came from.

Other highlights include the “a capella“ singing of ‘Climbing’ with it Southern Gospel Church inspirations, the Flatt and Scruggs classic ‘I’ll go Stepping Too’and of course the Country Gentlemen’s Redwood Hill with all those diatonic minor chord changes evoking a folk pop asthetic. I actually recorded this one as a teenager with my first bluegrass band, The Sunshine Bluegrass Boys. (Lookout for the 8 track tapes of that one)… ouch.

I could go track by track here but I’ll leave that to you. Take it all in and enjoy a little ride down through the wonderful villages of Europe via the hills of hollows of North Carolina.

Beginning in the 1940s, Bluegrass bands from the South began touring, recording and playing on radio. The enthusiasm for the music eventually spread north to the urban centers. By the 1960s it was firmly rooted in the folk music scenes in New York, Washington D.C., Boston and Philadelphia and by the 1970s it had caught the imaginations of many young people around the world. Today you are just as likely to hear about a great band from Tokyo, Genova, Paris or Prague as you are from Johnson City, Tennessee or Raleigh, North Carolina.

Bill Monroe (the father of bluegrass) and his Bluegrass Boys and all the great musicians who came after them to create this wonderful style should be very proud of how far Bluegrass music has spread around the world. However, if we look at the origins of the music, it should really come as no surprise.  Bluegrass music itself was one of the first World Music Fusion styles. Just like everything American, it was created out of the collision of cultures, music and customs from many different places. At its heart, it is simply the music of the immigrants from Europe mixing their songs, fiddle tunes and dances with the African concept of rhythmic interplay, swing and ‘the blues’. That’s pretty much sums up all of the music of the Americas, from northern most parts of America all the way to the tip of Chile. But of course in each place you have a different set of ingredients which over time defined each culture’s tradition. In one place it’s a bit more French, over here a bit more British Isles influence, in this place a touch more Spanish or Portuguese and on and on it goes.

Bluegrass was born shortly after the radio had begun to be heard back in the hills of these rural communities. Once the hillbillies began hearing popular and classical music on the radio, they naturally began to incorporate some of those new sounds into their ‘traditional’ music. By the 1940s you begin to hear this new form of hillbilly music with faster tempos, tight arrangements, hot instrumental picking and slightly more sophisticated harmonic ideas. Hence the birth of what we today call ‘traditional’ Bluegrass. But how traditional was it really? It was modern style of hillbilly music in the early 1950s and it has always been a living and evolving art form taking in any influence that it came in contact with, whether swing, jazz, rock and rock or like today, music from all corners of the globe.

What is important about a living musical tradition like Bluegrass is not where the musicians come from, but that these musicians play with great skill, commitment and inspiration and have studied the roots of the music and the masters who came before them. And in the end they do their best to capture all those nuances and blend it into something personal. The Sons of Navarone are doing just that.

Here is a band from very far way from Kentucky and who are rocking that Bluegrass groove, singing beautifully and with great bluegrass style and absolutely kicking butt on their respective instruments. ‘Thanks guys… for spreading the good word and for keeping the Bluegrass light shining far and wide’.

Now that I’m living a good part of the year in Germany I had the good fortune of coming into contact with the ‘Sons’ two years in a row at the EWOB Bluegrass Convention. (The European World Of Bluegrass)  What a treat to see that Bluegrass music has such a vibrant life here in Europe. Bands from all over Europe converge on this little town south of Amsterdam and perform and jam for three days and nights. It reminded me of my youth growing up in Florida in the 1970s and going to all the bluegrass festivals in the Southeastern part of the U.S.A. It’s just a beautiful way to plant a seed in a young (or old) person and send them on this Bluegrass journey.

Thank you The Sons of Navarone, what a wonderful CD.